5 Things Every Home Buyer Should Know

Mortgage lender and author Tom Vanderwell offer advice on navigating this uncertain housing market. Anyone considering diving into today's real estate market should be feeling at least a little dizzy by now. You may be asking yourself "with the housing crisis still unfolding, I certainly don't want to buy property yet, right?" But since mortgage rates are near all-time lows, how can I pass up this opportunity? To help those wrestling with these and other tricky questions, U.S. News recently spoke with mortgage lender and author Tom Vanderwell. Drawing from some of the themes of his book Straight Talk About Mortgages: How to Survive and Thrive in Today's New Mortgage World, Vanderwell offered up five things anyone thinking about buying real estate in today's uncertain market should know:

Six months ago is ancient history

Before making an offer on a home, buyers should examine the selling prices of similar, nearby properties. But make sure those sales are fresh. Because of the real estate crash, home values in certain markets have fallen so precipitously that comparable sales from even a few months earlier have become essentially worthless, Vanderwell says. "The market is changing so fast that what your neighbor sold his house for six months ago doesn't matter," he says. For a more accurate gauge of home prices in a given market, buyers should look for comparable sales data that is as recent as possible (and no more than 90 days old), he adds. This rapid pace of change also extends to the mortgage market, as mounting loan delinquencies and tighter lending standards have made home loan approvals increasingly hard to come by. "There are a fair amount of people that I could have gotten a mortgage for six months ago that I can't now," Vanderwell says.

Given the uncertainty of today's market, Vanderwell encourages all potential buyers to use an experienced real estate professional. "I see very little downside and a lot of upside to getting a professional working on your behalf to help you find the right house," he says. That's because foreclosed home buying—which can involve legal and other hassles often best handled by an experienced professional—has become an increasingly large chunk of the home-sales pie. The National Association of Realtors reported that distressed sales such as foreclosures accounted for 40 to 45 percent of total home sales in February. "In my particular market, the last number I heard was 75 percent [of all home sales were distressed]," Vanderwell says. "So from that standpoint, there are very few buyers out there who are not at least looking at the foreclosures and short sales."

Five is a good number

With all the headlines about 30-year mortgage rates hovering around 4.5 percent, many consumers believe they'll be able to lock in a rate somewhere in the low 4's. But in light of today's tighter lending standards, many borrowers won't qualify for the most attractive rates. Don't panic if you didn't land that once-in-a-lifetime rate, Vanderwell says. If you look at the trends of 30-year, fixed-mortgage rates over the past few decades, it's clear that any rate that starts with a six is still a great figure, he says. "Let's keep a little perspective on things, from April of 1971 to October of 2008, there were very few times when [30-year, fixed mortgage rates] were under 6 percent," Vanderwell says. "So even if rates go up to 5 or even 5.5 [percent], that's still very attractive."

One of the biggest risks of buying a home in the teeth of a historic housing crash is that the property might lose value after closing. But even if a home declines in value over the short term, it can still be a good investment if you give the market enough time to recover. As a result, Vanderwell says purchasing a home in today's market only makes sense if the buyer plans to live there for at least seven to eight years, depending on the market. Those who plan on selling the property sooner might not provide the property enough time to recover the value it may have lost.

Now (could be) the time

With good home prices and still low mortgage rates, now really is the time to buy—for some, Vanderwell says. First and foremost, would-be buyers need to make sure that they have solid job security before deciding to buy a home. After all, the mortgage bill comes each month but given the eroding labor market, your paycheck might not. "Job security is probably the number-one consideration that people should have [before deciding to buy a home]," Vanderwell says. But buyers that feel comfortable enough about their income prospects, can obtain financing, and plan to stay put for some time are in a great position to take advantage of some very attractive real estate deals. 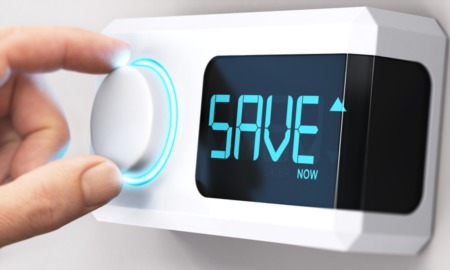 Tips to Save Energy and Add Value